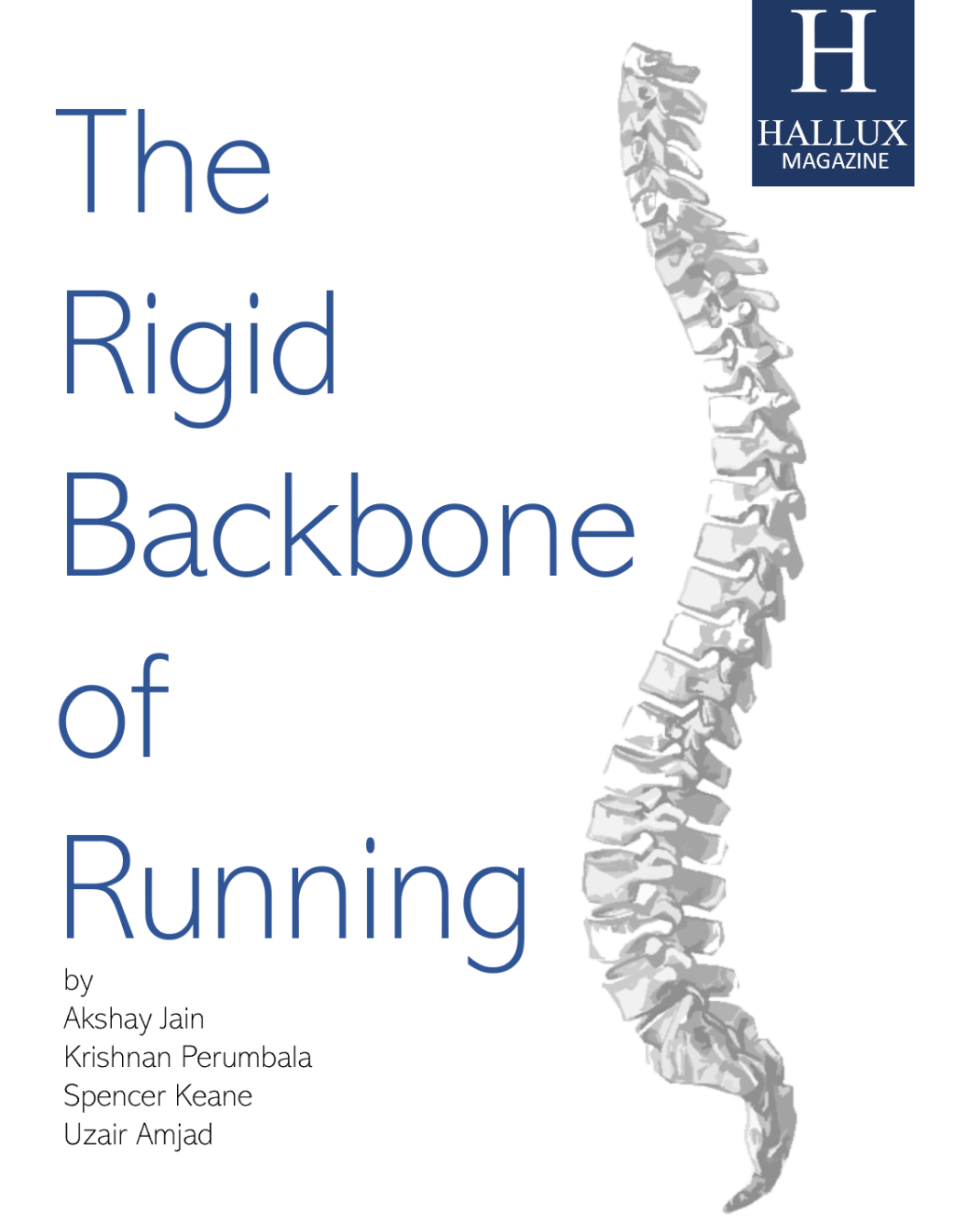 The Rigid Backbone of Running

Running is often associated as an individual sport. Everyone is an athlete, and the experience of running is quite unique to each person; the challenges each runner has to overcome would never have been achieved without the support of a team. This sport harbors some of the best teams to ever form, and in the end, everyone has dedicated their own efforts to ensure a phenomenal final product. Teamwork is just that; everyone is vital and contributes to the development of a final product. For a runner, it is important to understand that an athlete is not the only member of a team, but rather that the team is composed of coaches, trainers, family, friends, and also physicians.

The American Academy of Podiatric Sports Medicine club at the school works closely with the Bank of America City Marathon Medical Program annually to assist athletes in their lower extremity health. The feet are a vital part of the function and mobility of the human body, especially in a runner. The feet are able to reveal many secrets about the day to day operations of the body and serve in a vital capacity in not only governing the lower appendages but also the entire body.

Most runners presented on the brink of mental and physical exhaustion, and it was the responsibility of the medical volunteers to respond to these athletes. This is a tough task for first and second year podiatric medical students due to limited medical experience and knowledge. The day started early with a few runners passing the finish line before lunch. With what seemed like almost a calmness in the air, the volunteers stood in awe watching elite runners cross the finish line in monumental times, but all this changed rapidly as a mass of runners began flowing towards the finish line. Guided by the clinical faculty, everyone quickly sprang into action, assuming their respected role as if these tasks were ingrained from the beginning. One after another, injured and almost delirious runners stumbled into the medical tent.

As medical volunteers, American Academy of Podiatric Sports Medicine was tasked with triaging athletes based on clinical symptoms. From simple blisters to cardiac arrest, everyone was expected to respond to a variety of pathologies and conditions. The role of a volunteer first began with determining the level of severity of each injury and appropriately providing the care needed. Even podiatric medical students were expected to evaluate the entire patient, not just the lower extremities. Most of the cases did not involve the feet directly but rather motivational counseling and assurance in their success of completing the race.

Most runners presented with routine podiatric cases such as blisters, calluses, forefoot pain, and heel pain. Although these routine cases utilized the majority of the time, it was the unique cases which truly impacted the volunteers as pre-physicians. Just before lunch, the medical team encountered a runner limping towards the medical tent. He was quickly ushered to a medical bench to begin triage. The athlete had a significant past medical history of sesamoid fractures and was an avid rugby athlete who was not unfamiliar to breaking bones. Upon removal of his shoe gear, his foot was erythematous, edematous, and even with the rudimentary knowledge of a podiatric medical student, one was able to gather a vibe of something very wrong. After palpating the sesamoidal region, one could feel the jagged, irregularly shaped edges move in multiple directions. With a grimace look on the runner’s face, it was well known, the likelihood of another fractured sesamoid was high. Unfortunately, due to limitations in treatment options, the foot was wrapped in ice and padding, and the patient was encouraged to go seek care from his podiatric specialist. Although this was just one of the hundreds of cases, most of the treatment was not focused around the foot, but rather mental reassurance. This further proves how vital the role of a podiatrist can be in ensuring the success of this event and the success of the athletes in their future pursuits.

The volunteers were reminded that the number one goal for any healthcare provider is to treat the body as a whole while remaining calm, cool, and collected.

The overwhelming crowd of runners presented the group with the true test of medical trauma for the very first time. One case specifically involved a runner presenting with chest pain. In the medical field, chest pain is one of the most worrisome events, which, if severe enough, can end in fatality. It is situations like this which test an individual’s nerves and ability to remain calm under stressful conditions. The volunteers were reminded that the number one goal for any healthcare provider is to treat the body as a whole while remaining calm, cool, and collected. The physician leads a team of many talented and highly trained healthcare providers. As the leader of this medical team, the physician must set the example, and in turn, this will lead to the optimal care for the patient. The opportunity to be involved in this event as students give one an opportunity to witness the medical interprofessional teams working hand in hand for the betterment of the runners. There were no personal quarrels or egos involved, just a group of highly trained individuals with one goal— the patients’ health.

While podiatrists are known as the specialists of the foot and ankle, they still carry the same oath as physician counterparts: to treat the body as a whole. Patients view these healthcare providers as physicians first and foremost and not just specialists. It is the duty of a physician to holistically evaluate patients, whether a patient is presenting with simple blisters or chest pain, everyone should be treated with the same poised algorithmic approach, and rise to every occasion.

People choose to run because it allows them to cultivate relationships and relate to others who are in similar situations. Although each participant has the goal of wanting to finish the race, most runners have a larger, more community driven goal. Spanning from worldwide mission trips to Muscular Dystrophy Awareness, a plethora of fundraising organizations exist. These athletes prepare to be extremely exhausted after 26.2 miles, but they know they are running to help someone or something greater than just themselves. Medical volunteers play a large role in assisting athletes in feeling rejuvenated and help support the athlete in doing more philanthropic work to build awareness. This community service American Academy of Podiatric Sports Medicine Volunteers assist in does not just focus on podiatry itself but has a more vast implication to future athletes and the community as a whole. Demonstrating to the athletes that there is a support group for them can assist these runners in continuing to work for the community and society. The role of a volunteer strives further than just acutely being a member of the support system. Rather, one can say they strive to maintain an integrity to further the community and society, to ensure camaraderie in helping the world become a better place.

The beauty of running stems from diligence – the vivacious desire to continue, the question of which turns to make. On runs, infinite paths reveal themselves, and any turn presents new objections and threats. Walls, obstacles, pain – they are the hurdles, which teammates help cross. Runners follow a stringent set of rules as to not fail themselves, but to not fail their teammate as well. Similarly, future physicians must follow an enduring journey and endure stringent guidelines in efforts to give the best medical treatment to each patient. Every now and then, the end goal becomes lost due a focus on just didactics, but working directly with patients allows one to fall back in love with the end goal of being providers to the human body. Working as a healthcare team allows even greater care to the patient as well as make individual actions accountable to a team.