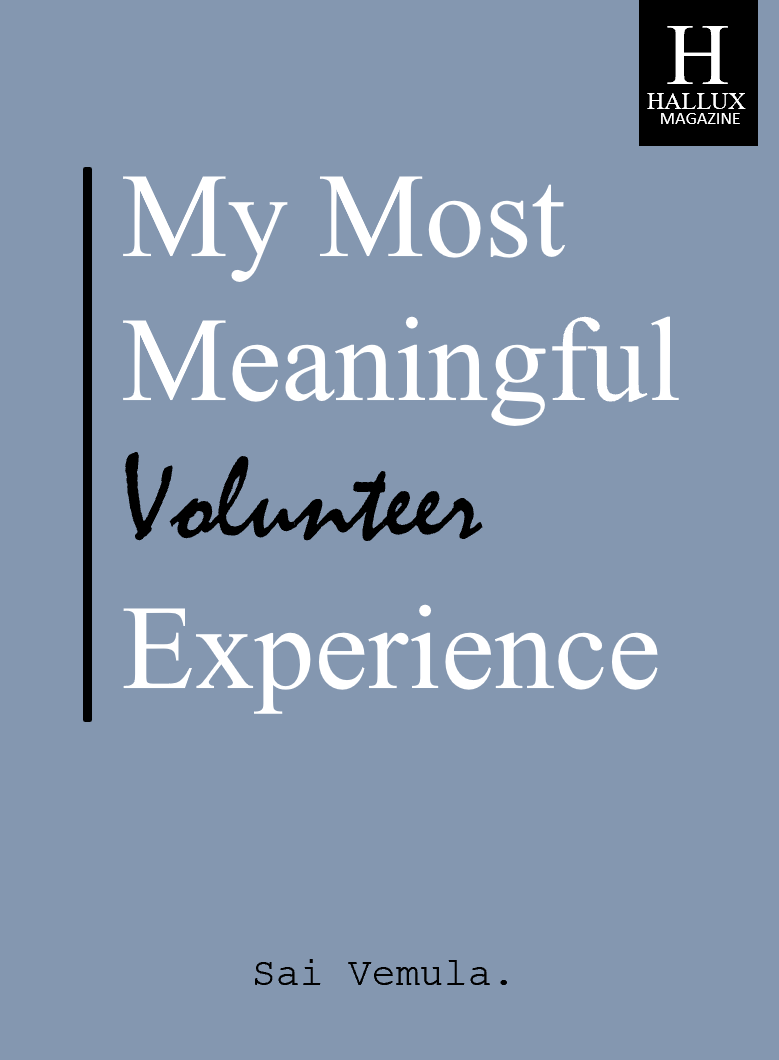 My most meaningful volunteering experience comes from spending time with Hospice patients. Below is a story of one such encounter that even after many years, still stands close to my heart:

As I trudged along the hallway, I couldn’t even begin to comprehend a timespan of a hundred years:

and even the discovery of the basis of life, DNA. I was so excited to be having my first contact with a centenarian (a person over the age of 100)!

My first meeting was unexpected. As I walked into the room, the caregiver Maria greeted me and as I turned the corner, I saw Catheryn. She was covered up with blankets to the neck and fast asleep. Given her state of being, it was then that I realized she would be my first non-verbal and non-responsive patient. Maria gave a brief introduction of Catheryn and what kind of a person she was: Happy, calm, peaceful, and reserved were some of the words used to describe her. We chatted for a few minutes to get me acquainted with my duties – read a book, keep an eye on her monitor, and call a nurse in case she gets overly agitated. I then proceeded to follow the instructions while Maria took off for her lunch break.

In that hour, Catheryn became seemingly frustrated, started moaning, and began turning inside her covered blankets. The nurse on call indicated the monitors showed she was stable and that she always did this. I relayed the information to Maria upon her return she is back, prompting her to show me what was really going on. She began by pointing out a few things:

I was in disbelief! I had been in that room for ever an hour and I didn’t even notice these subtleties until she pointed to them. “Power of observation,” she noted. In reflection, I began to appreciate the beauty of the human body. Regardless of a person hiding their emotions or a person not being able to convey their problem, the body leaves you with a trail of clues. It’s just a matter of figuring it out!

During my second meeting, I told Maria of how amazed I was at what I saw and how deeply she took care of Catheryn. She replied by saying, “Physically, they might not be able to respond, but mentally and emotionally they are as active as they were all their life.”

She went on to point out that,

“Once their body starts giving away, they get sad and frustrated for not being able to be independent. That is the time when we come in to give support and comfort them by saying that we are there for them and will take care of them.”

I found myself dumbstruck when she said, “Through these years, I have become Catheryn’s eyes, ears, mouth, hands, and feet… in essence, I have become a part of her, and she has become a part of me!” Here I learned the true meaning of ‘standing in one’s shoes and feeling what they feel!’ In Catheryn and Maria’s relationship, this is merely an understatement.

Why Community Service in Healthcare has Proved Meaningful for Me